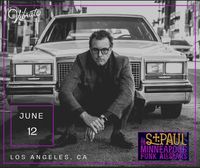 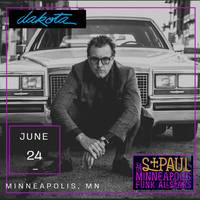 St Paul and the Mpls Funk All Stars

“upbeat and funky… sounds like Prince himself is playing” – Pioneer Press

St. Paul Peterson, (The Time, fDeluxe/The Family) member of the First Family of Music in Minnesota, the Petersons, and creator of the highly acclaimed online series, Funk Friday, has assembled a group of musicians that helped shape the “Minneapolis Funk” classic sound of the 80’s.

St. Paul and the Minneapolis Funk All Stars will be playing the hits that put the city on the map with tunes by The Time, Jesse Johnson, The Family, & Prince to name a few. The band includes musical heavy weights, and will feature many special “funky” guests throughout the show.